The Stavola family, owners of the Driftwood Cabana Club since 1957, are in partnership with the new Nauti Bar and David Burke and also with the highly acclaimed Drifthouse by David Burke, which opened in March 2018.

The Nauti Bar - which has stunning panoramic views of the Atlantic Ocean - is equipped with a new wood stone oven, new menu, new cocktail list and a dozen beers on tap pouring many local craft beers. The new logo incorporates navigational compass points and a mermaid holding a seahorse – Driftwood’s mascot – in her hand. As in his other restaurants, Chef Burke, a leading pioneer in American cooking, offers his fresh, creative interpretations in Nauti Bar’s new expanded menu. The kitchen is led by Drifthouse Executive Chef Robert Burke, who is also David’s brother. Some of the dishes on the casual, bar-style menu include Classic Onion Soup, Raw Oysters, Popcorn Shrimp, Cheese and Charcuterie Plates, House-baked Pizzas - piping hot from the wood stone oven, and more! There is also a variety of premium wines by the glass, prosecco splits and sparkling rose by the glass.

Nauti Bar is available for private social and business events during the week. Holiday parties are currently being booked. For information call (732) 530-2047.

In a statement, the Stavola family said, “Our collaboration with David Burke with Drifthouse has been a positive experience; and has proven to be very popular at the Jersey Shore. We’re very excited to bring another unique David Burke venture onto our beachfront property.”

David Burke, the former owner of Fromagerie, Rumson, is one of the leading pioneers in American cooking today. A graduate of the Culinary Institute of America, Burke’s career is marked by creativity, critical acclaim and the introduction of revolutionary products and cooking techniques. He is the winner of France’s coveted Meilleurs Ouvriers de France Diplome d’Honneur, the only American to ever achieve this honor, and has also won the Nippon Award for Excellence from the government of Japan, for overall skill and technique.  He has appeared on several TV shows, including Bravo’s Top Chef Masters, and has received a US patent for his pink Himalayan salt dry-age technique for steaks. 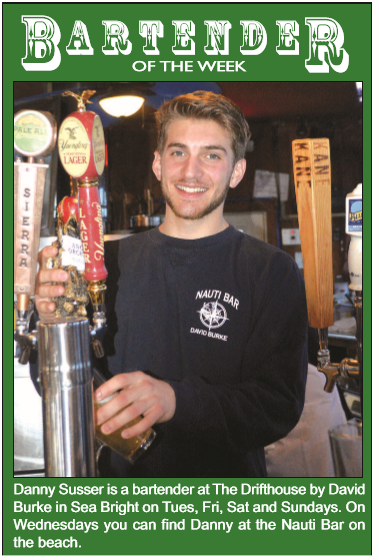 We'd like to thank our friends at the Link News!